HomeWhat is Airspace Development and What Does It Mean?

What is Airspace Development and What Does It Mean? 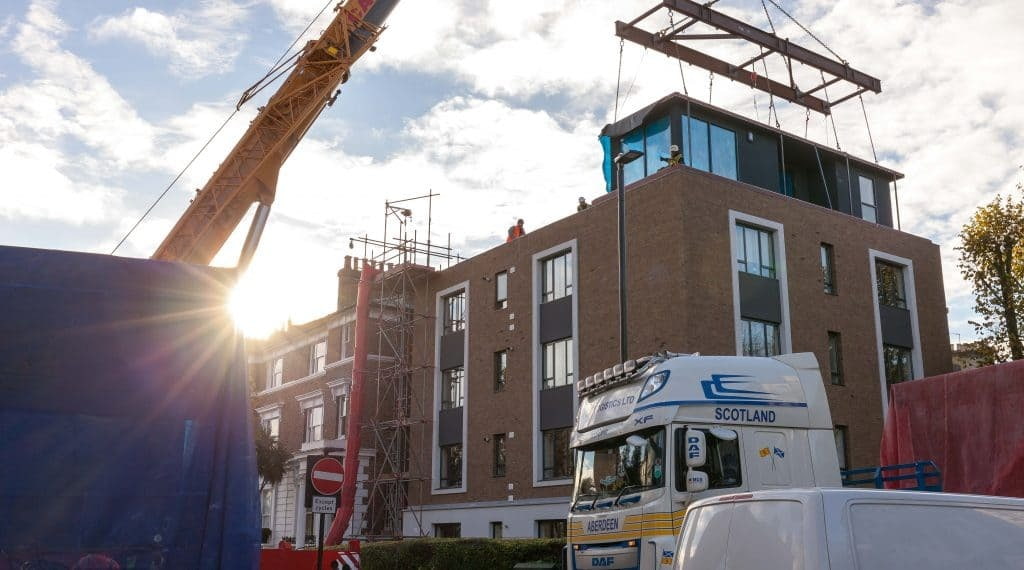 In August 2020, amidst the worst public health pandemic for a generation, a significant movement in the construction industry was launched: extended permitted development rights (PDR’s) were granted allowing the addition of flats atop some existing buildings and the addition of up to two stories on top of existing residential dwellings.  The ‘bold and creative’ scheme, as housing secretary Robert Jenrick termed it, allows these changes to be made without the financial or time costs of the planning permission process.

Although the introduction of these extended PDR’s is considered controversial, to say the least, they’re here to stay and will undoubtedly begin transforming the skylines of neighbourhoods across the country as the ever-increasing battle for affordable housing stock rumbles on. The government hopes that the extension of these rights will speed up the development of new homes, whilst critics argue it has triggered a race to the bottom with the size and quality of the new developments expected to suffer as a result.

The announcement focuses on 3 main areas…

What does it mean?

This amendment introduces a new Class A into the General Permitted Development Order (GDPO) – ‘New dwellings on detached blocks of flats’. The amendment gives property owners and landlords the right to extend existing, purpose-built blocks of flats by two additional storeys into the airspace immediately above the existing roof.

What are the key exemptions or considerations for this specific right?

The existing flat-blocks must be at last three storeys high before the addition and once the new storeys have been added, the total height of the building cannot exceed 30m. The blocks must be purpose built, so not a converted property and must be built between 1948 & 2018

2 – The right to build residential flats above other buildings

What does it mean?

Four new rights (classes AA, AB, AC and AD) have been added to the GPDO, which, between them, allow for the construction of one or two additional storeys, consisting of new flats, built on top of the highest existing storey of certain buildings, under permitted development.

What are the key exemptions or considerations for this specific right?

Classes AA and AB permit new flats on detached buildings and terraced buildings respectively which are in commercial or mixed-use as shops, for financial and professional services, restaurants and cafes, offices, betting offices, payday loan shops, or launderettes or in a mixed-use combining one of those commercial uses with use as a dwelling house. For Class AA only, the building must already be three storeys in height, above ground level (i.e. basements don’t count), to fall under the permitted development right.

Classes AC and AD permit new flats on terraces or detached buildings respectively which are in use as single dwelling houses. In both cases, the right is not permitted if the house has already been enlarged by the addition of one or more storeys above the original structure.

In all cases, the above extensions in permitted development rights are subject to approval from the local planning authority, prior to any work commencing. The prior approval process will consider;

In addition to the above, a new class AA ‘Development within the curtilage of a dwellinghouse’ was introduced (within part 1 schedule 2 of the GPDO should you be interested!).

This introduction allows homeowners to extend their existing one or two-storey property by a further one or two storeys respectively. Homeowners will be able to benefit from a ‘fast-track’ application process on the basis they have undertaken a neighbour consultation beforehand. We’ll soon be publishing an article which goes into much more detail on extending existing homes.

Could Airspace Development be Over Before it’s Really Started?

We know, you’ve just read several paragraphs of detail about the new extended PDR’s and now we’re saying they might not even be viable?

Well, following the ‘Building a safer future’ consultation, which arose after the Grenfell tragedy, the government published an update to the Fire Safety Order, (through the Fire Safety Bill) which might just have unintentionally quashed airspace development before it really had the chance to get going.

There can be no doubt that making buildings safer can only be a positive step and this is echoed in the detail of the airspace development – those wishing to take advantage of airspace development PDR’s are required to upgrade the entire building when adding an additional storey.

However, just two of the new changes could, unintentionally, stop airspace development in its tracks…

At present, this regulation details the ban on combustible materials in the external walls of high-rise buildings which exceed 18m in height. The consultation paper recommends that this threshold is reduced to ‘at least 11 meters’. The real-life consequence of this change is that only mineral-wool insulation would comply, rendering the vast majority of existing building non-compliant.

Amendments to Approved Document B

The other change which threatens to make airspace development near impossible, is an amendment to Approved Document B, advising that ‘blocks of flats with a top storey more than 11m above ground level should be fitted with a sprinkler system.’ Whilst the proposed change makes perfect sense from a safety point of view, in reality adhering to this regulation may prove near impossible for airspace developers as it requires access to every single property within the building. Aside from the complex logistical requirements, this would be disruptive to the residents and, most importantly, means that a single resident could prevent any work from being completed by refusing access to their property, even if the rest of the residents are supportive of the work.

Whilst it’s clear that the above changes have been proposed in good faith, it seems that they may have some major unintended consequences, leaving some residents stuck in buildings that were compliant at the time of building, but would not achieve sign-off by these new standards. This would result in airspace development and the upgrade works associated with this not being possible, leaving buildings less safe than they might be.

How can JosTec help with Airspace Development?

Airspace developers will be required to submit a series of calculations and test certificates for their newly created dwellings in order to achieve building control sign-off. At JosTec, we can take care of many of those requirements, including; Sound Insulation Testing, Air Tightness Testing, Ventilation Testing & Commissioning, Water Efficiency Calculations, SAP Calculations and EPC’s.

Furthermore, we offer acoustic consultations at the outset, to help ensure the sound insulation tests will pass upon completion.

Speak to our team today to discuss your requirements, by calling 01923 518 923 or emailing us at info@rjacoustics.com.

*This article is based on our interpretation of the regulations and therefore should be treated as advice rather than fact. As with all regulations, they can change from time-to-time, so you should seek guidance from your local authority or building control if you are unsure on anything mentioned above

The post What is Airspace Development and What Does it Mean For You? appeared first on RJ Acoustics.