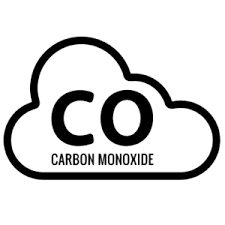 There are many appliances and essential components in our homes, which help us live our daily lives in convenience and comfort, such as ovens, grills, heaters and boilers. However, whenever we turn on devices which run using natural gas; gasoline, charcoal, wood or other fuels, it is crucial to make sure we do so correctly in order to avoid Carbon Monoxide poisoning.

Carbon monoxide (CO) is a totally odourless gas which is produced when fossil fuels, whose by-product when combusted is Carbon dioxide (CO2), burn inefficiently. You cannot see it and there is no sign of its presence without actively working to detect it.

Ovens and heaters put out a little Carbon monoxide when they are all working correctly and this is not a problem. Appliances that do not function properly can impact the EPC of a property as well as the overall energy efficiency of properties. Household boilers can pose a big risk if not properly and efficiently maintained, which may lead to Carbon monoxide being released, so looking after your boiler is crucial when living in any property.

However, if these appliances, or others which are supposed to burn fuel with a by-product of CO2, do not work as they should or are all but out of order, or even if they are used in the wrong places or in an incorrect manner, the fumes can build up. This can prove life threatening. Therefore, knowing what carbon monoxide poising is, how it can happen and the potential consequences, as well as some steps that you can take to stay safe and prevent it from occurring is truly important to keep you and your family safe.

What is Carbon Monoxide?

When there is not enough Oxygen during the combustion process (such as in cases where the burning of the Carbon-containing fuels is not efficiently achieved), the Carbon only partially oxidises, with one rather than two Oxygen molecules binding the Carbon. Hence, Carbon monoxide (CO) rather than the fully oxidised Carbon dioxide forms.

Fossil fuels such as petrol, coal and the natural gas used to power boilers for home heating systems, all burn with varying degrees of efficiency and cleanliness. Yellow flames usually indicate less efficient, less clean flames with a higher Carbon content, whereas blue flames (such as those occurring when Hydrogen burns) indicate cleaner, more efficient burning.

What is Carbon Monoxide Poisoning?

Carbon monoxide is a poisonous gas that is odourless, tasteless and invisible to the naked eye. It is therefore very hard to detect. Breathing this gas in can make you extremely ill can even be fatal in some cases if too much is inhaled. According to the NHS, there are around 25 deaths each year from accidental Carbon monoxide poisoning in England and Wales.

After it is breathed in, the Carbon monoxide enters the bloodstream and mixes with haemoglobin, the component of red blood cells which carries oxygen around your body. Such are the chemical and molecular properties of Carbon monoxide, that it has a higher affinity for binding the body’s natural Haemoglobin than Oxygen, meaning the more Carbon monoxide inhaled, the more Oxygen it displaces to cause further harm. The mixture of CO and Haemoglobin is called Carboxyhaemoglobin.

This ingestion of Carbon monoxide, causes the body to no longer be able to carry oxygen via the red blood cells. The resulting lack of oxygen causes the body’s cells and tissue to fail and die, as well as causing harm to the lungs, heart and brain.

What are The Symptoms of Carbon Monoxide Poisoning?

The symptoms are not always obvious, particularly when levels of exposure are at the lower end. The most common symptom of mild carbon monoxide poisoning is a tension-type headache. Other symptoms however, include:

The symptoms which occur due to low level exposure to Carbon monoxide can reflect those of the flu or food poisoning. However, unlike with the flu, carbon monoxide poisoning does not cause a high temperature or a fever.

Symptoms may also get gradually worse in cases of prolonged exposure, which may delay the diagnosis.

Breathing in higher levels of Carbon monoxide gas can cause more serve symptoms. These include:

How to Avoid Carbon Monoxide Poisoning

It is very common for someone who is asleep to fall victim to carbon monoxide poisoning. This is all the more reason to make sure that your home is safe. When you go about buying appliances for your home which burn fuel, you should look for the seal of an approved testing agency such as UL. In the house, any appliances should be installed with vents which run outdoors.

It is important that a qualified technician inspect the heating system, water heater and any other fuel-burning equipment every year. If you also have a fireplace, the chimney will need inspecting too.

Do not use emergency generators in your garage or basement. They should be placed outside the house, at least 20 feet away from windows and the doors. Similarly, you should only use charcoal grills and portable camp stoves outside. With space heaters, you should only use them when someone is awake and can keep an eye on them. You need to make sure that there is some airflow in and out of the room for it to be safer.

When it comes to your vehicles, there are a lot of things to consider. Make sure that you get your car or vehicle checked, particularly around the exhaust system; this should be done on a yearly basis. Never leave your vehicle running if your garage is attached to your house, even when the garage door is open as fumes can easily seep into your house.

Furthermore, if your vehicle has a tailgate, you need to be sure that you open the windows anytime that you drive with the tailgate down. If you do not do this, carbon monoxide can be sucked into the vehicle.

Signs That Vulnerable Equipment is Out of Order

Vulnerable equipment can cause a reduction in energy efficiency as well as potentially dangerous consequences. A few danger signs to look out for include:

To keep yourself safe, you should have a Carbon Monoxide detector in place in your property, usually on the same floor as the property’s boiler, which will alert you when a significant amount of Carbon monoxide is detected in the air. These are readily available online and in various hardware and home shops.